Dan Kuschell is a husband, dad, serial entrepreneur, and angel investor. He runs Breakthrough3X, a company that gives you instant access to a Fractional CMO Team. Breakthrough3X helps founders and CEOs grow their businesses 3 to 10x and generate more clients daily with a simple system that gets them free from the day-to-day. Dan has owned 12 companies since 1992, building multiple businesses with revenues exceeding eight figures before selling. He is also the Host of the Growth to Freedom podcast, where he interviews industry leaders and experts in a variety of fields.

Here’s a glimpse of what you’ll learn:

When the 1980 US Olympic hockey team faced down the seemingly unbeatable teams from Russia and Finland, they were a clear underdog. Yet, despite all the odds, they went on to beat both teams and win the gold medal. So, how did they achieve this “miracle,” and how can you replicate the same success in your business?

According to former players from that iconic team, the miracle didn’t come out of the blue — it came from months of hard work and great coaching. By creating a culture that brought out the strengths of each player, the team’s coach brought them to victory and achieved historic success. As a business leader, you’re the coach for your team; it’s up to you to cultivate a similar culture if you want to achieve the same triumphs.

Join Dan Kuschell in this episode of Growth to Freedom as he talks about the 1980 US Olympic hockey team’s incredible gold medal victory. He discusses how they achieved their “miracle” wins, the important role coaches play in team success, and what you can do to cultivate the same winning culture in your business. Stay tuned!

Resources mentioned in this episode

Sponsor for this episode

Thanks for listening to this episode of growthtofreedom.com.

If you’d like access to the special resources and all the show notes for this special episode, make sure to visit growthtofreedom.com.

I have a handful of hand-picked, high-level clients I work with in small groups or one-on-one. We go beyond typical consulting and coaching.  We help YOU implement, get clients, and grow with less stress.

We meet on a regular basis to look at what’s working, what’s not, and what you can do to move the needle forward week by week and grow continuously (all while reducing stress and complexity in your systems).

We discover holes and gaps in your business, where you can tap into profits and opportunities you’re missing, and help with everything from hiring teams to revamping your models. We’ll help you design and build new funnels, as well as strategize and implement massively profitable, repeatable revenue and marketing campaigns.

And where needed, we have our team help implement.

In some ways it’s like having both an outsourced CEO and CMO on your team.

If you want to go deeper and create a personal plan to get unstuck, stop the leaks in your business, ultimately free yourself from your business, or get your next BIG Breakthrough, let’s have a Clarity Call.

You’ll walk away from it with clarity, new insights, and actions you can take to exponentially grow your business… to grow with less stress — even if we never work together.

To reserve your Clarity Call, go to BreakthroughStrategyCall.com or send an email to info@growthtofreedom.com with Breakthrough Strategy Call in the subject line.

PS:  As we’re heading into a period of change in advertising and economy shifts, if you know of someone who is looking for effective strategies, here are 3 ways we can help.

#1 – Send them to our Podcast (over 200 hours of insights and strategies) at: www.growthtofreedom.com

#2 – Forward this episode to them.

#3 – Make an introduction to connect us at info@growthtofreedom.com  and/or encourage them to schedule a Clarity Call at:  www.BreakthroughStrategyCall.com

What could you do to help bring out the best in others? That's what a great coach does, like Herb Brooks. - Dan Kuschell Click To Tweet

And so as you think about today, as you think about tomorrow, right? You know, the bottom line is, is tomorrow is your opportunity to be better than you are today. What will be your miracle, right with hard work, and action, those things precede the miracle, those things precede the miracle. So a couple quick lessons, number one, hard work. And number two, have a great coach. Number three, you’ve got to bring a team together that has beliefs. Because at the end of the day, if you have doubt, you can’t have belief and faith at the same time. Can you right, see, an ounce of doubt, will ruin 1000s of pounds of faith. It only takes a little drop of doubt, to ruin it right?

An ounce of doubt will ruin thousands of pounds of faith. It only takes a little drop of doubt to ruin it. - Dan Kuschell Click To Tweet

A Bad Apple does what it suppose a bunch. So be careful. Protect your mindset, protect your heart space, work in faith, work in belief. And you know what miracles can come true. You and I deserve miracles.

Work in faith. Work in belief. And you know what? Miracles can come true. - Dan Kuschell Click To Tweet

The bottom line is, with hard work, action, and good coaching, you can do anything. - Dan Kuschell Click To Tweet

Seize the day, go out with your gold mentor today. And we’ll see you soon. Bye for now. Oh, by the way, if you like the new lighting, I just tried out a new new setup here, post your comments to below I’d love to get your feedback on the new lighting, where we did some things to create some different lighting views. Anyway, that’s it for now, if you want to go deeper, by the way with some of our resources, there’ll be a couple of links in the comments, you can check out our book over here A Champion in the Making, awaken the champion within your life, business and relationships. We also got this great book called Bootstrap Business, what you can learn from multiple experts and talent from around the globe as well. And also, if you’re looking for a way and you want help implementing strategies to grow and scale your business with less stress, drop us a message or hit a link below and we can schedule a conversation go from there. That’s it for now. Make it a great day. Thanks for listening to this episode of growthtofreedom.com. Are you struggling to get a steady flow of new clients every day? Or maybe hit a plateau or hit a wall and growing your business? Well, let’s help you solve this problem today. Let’s review your business and have a conversation. Do that for free today at breakthroughstrategycall.com That’s breakthroughstrategycall.com. In addition, if you’re looking for a simple way to implement some of what we’ve been talking about in today’s episode, I want to encourage you to get our free Small Business toolkit. You can get that at activate.breakthrough3x.com That’s activate.breakthrough3x.com. If you’d like access to the special resources and all the show notes for this special episode, make sure to visit growthtofreedom.com.

SUBSCRIBE TO GET A FREE COPY OF DAN KUSCHELL’s BOOK 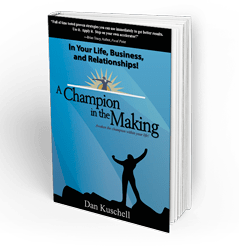 By opting in, your'll receive a digital copy of my best-selling book (Retails for $19.99) at no charge! 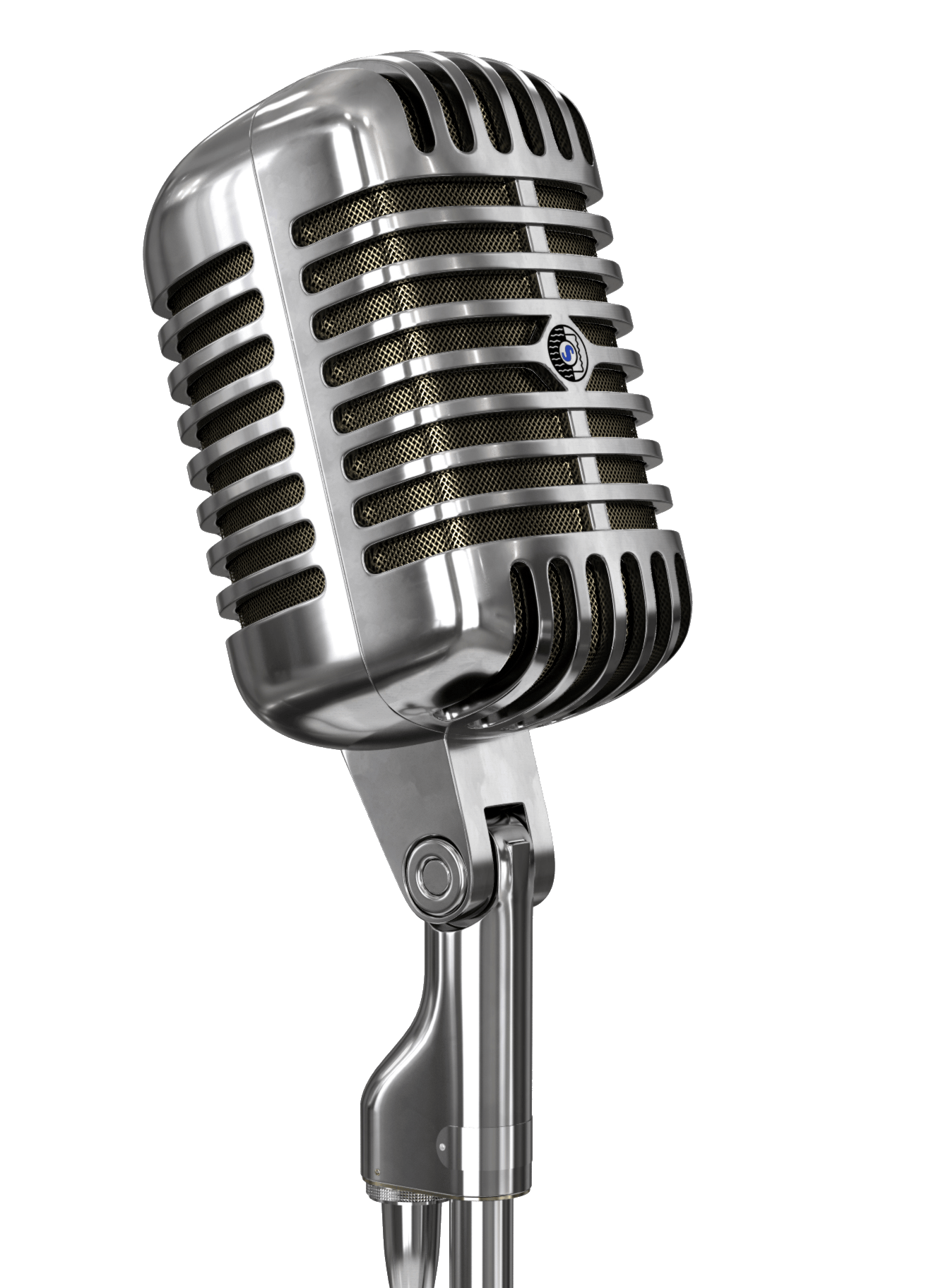 Got a question for Dan?

With your question, be sure to introduce yourself with your first name. Your last name. And if you run a business, feel free to talk briefly about your company’s too.

Because every week, Dan answers questions from our listeners to feature on The Growth to Freedom Show, so this is your chance to get Dan’s direct advice & also getting your name out there.

Do you want more clients? NO, No Growth Please